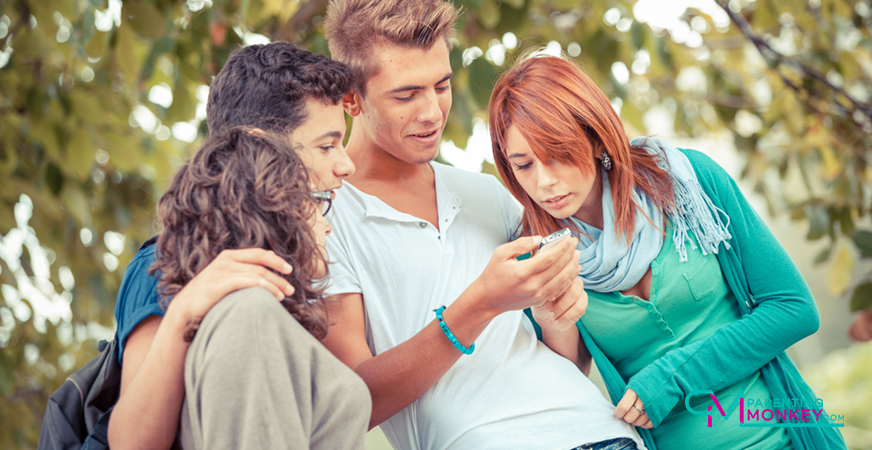 Do your teens have social media accounts? Do you wonder whether those networks are affecting your kids?

For sure, research shows that the impact of social media on teenagers can be far-reaching. The real question is: Is social media’s impact good, bad or neutral?

I am convinced that, for good or bad, social media has become a fact of life for today’s teens. The challenge for parents is to help our adolescents use it well, and to do that, we must fully understand its influence over our kids.

A study released by Pew Research Center in 2015 showed that 92 percent of teens use the internet daily. Almost one-quarter reported that they are online “almost constantly.”

The study showed that the majority of teens were regularly involved with more the one social media platform.

Unfortunately, other studies have indicated that high levels of social media use are correlated with depression. Although a causal relationship has not yet been established, it is possible that overuse and addiction to social media may contribute to mental health concerns.

Learn more about this research in the video “Increased Social Media Use Linked to Depression-like Symptoms in Teens.”

Social media addiction appears to be a real concern. Teens who stop social media use cold-turkey have been observed to experience withdrawal symptoms similar to those associated with drug detox.

As with any addiction, a teen’s fixation on social media can alter the structure of the brain, which leads the student to spend even more time online.

Positive feedback that an adolescent receives online gives a rush of dopamine to the brain, and the student may crave more and more of those “likes” and the feelings of approval that accompany them. He or she may spend increased time online in pursuit of this stimulation.

With the pervasiveness of social media in modern teen culture, teenagers spend much less time communicating over the phone and face-to-face than they used to.

Verbal communication involves critical skills, and the development of these skills is an important component of maturation. These valuable skills include:

Trending Now:  Why does my teenager dislike school so much?

Teens who conduct most of their communication from behind a screen may fall behind previous generations in the development of these skills. In fact, they may never fully develop them.

What effect will this have on their college studies, their future relationships and their adult employment? We do not yet fully know the result of this aspect of social media and its influence on today’s teens.

Students who are active on social media can quickly build up a large collection of “friends.” Granted, many of these are only acquaintances, at best, but teens may perceive their online friend lists as a measure of popularity or likability.

The online friend circle is a larger pool for parents to monitor than an in-person friend group would be. Even still, parents must do their best to keep a read on kids’ online friendships because the influence of social media relationships can be far-reaching.

Gives Kids a Read on Trends Among Peers

Social media has increased teens’ skills in the area of keeping apprised of current tendencies and trends among others their age.

Although adults may initially interpret this effect as a negative thing, it doesn’t need to be considered good or bad.

While there may be negative effects from this aspect of social media, it can also be valuable and influence teens in positive ways. Overall, teens need to learn to develop this modern skill and cultivate the maturity to use it with wisdom.

Plays a Role in Peer Pressure

In a study at UCLA, researchers found that students were more likely to “like” a photo on social media if they thought that many of their peers had already done the same.

Other study participants, when shown the same photo, were less likely to click “like” if it appeared that the photo had not already received a lot of positive feedback from other adolescents.

Trending Now:  When does Puberty End? 6 Things You Should Know.

This implies that–for good or bad–teenagers are highly subjectable to the influence of what other teens promote and respond to online.

Opens the Door to Cyberbullying

Behind the computer screen, many teens are more apt to say mean or hurtful things that they would never dare to say in real life. Even those with a bent toward real-life snobbery may be bolstered toward downright cruelty by the seeming anonymity of typing online.

Any student with online accounts may find himself or herself the victim of cyberbullying. This behavior can be just as devastating as in-person bullying, and the effects that victims may experience as a result include:

Even teens who are not cyberbullied may have their self-esteem damaged by social media.

People often put their best face forward on social media. Their online profiles make their lives look perfect, but they may actually be struggling intensely.

However, teens do not see those struggles; they see only the good things that people post and feel that their own lives do not measure up.

Furthermore, when teens present an ideal image of themselves online, it affects not just those who view their profiles. It can also affect their own self-image.

Teens who feel unable to live up to their online persona may worry that their real self can never be good enough.

As a parent, you may be rightfully concerned after reading this list of the effects of social media. The bad certainly seems to outweigh the good here.

However, among modern teens, social media has become a pervasive fact of life. The challenge for parents and students is to navigate it well.

So what can families do?

If you have questions about how social media affects adolescents, please comment below.