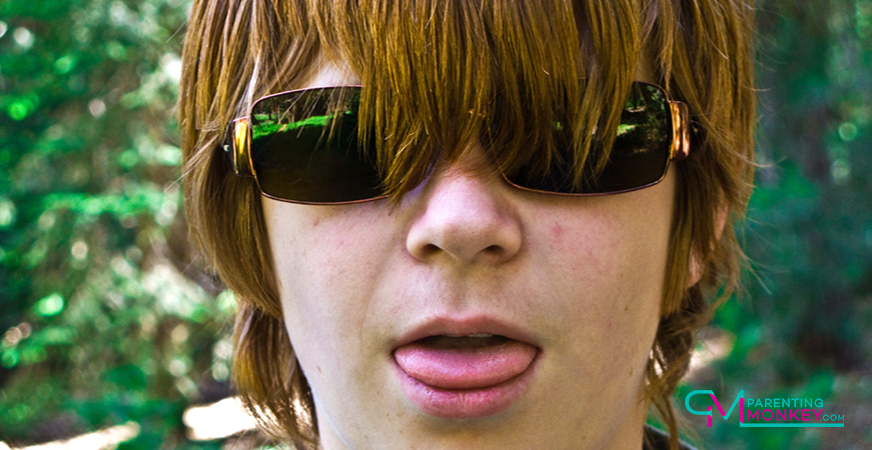 What Physical Changes Should I Expect For My Teenage Boy?

Even if your son hasn’t quite yet reached puberty, I promise you it will happen with a blink of an eye!

That cute and chubby little toddler who would reach for you to pick him up soon transformed into that boisterous boy who couldn’t wait to run outside in the park and climb trees.

Then it’s the next stage, when your boy goes through the miraculous transformation into a young man.  However, before he becomes that great, big strapping man with deep voice, facial hair and more strength than you ever believed possible, he must go through many significant changes.

I’m going to take you through what physical changes you should expect for your teenage boy, so you know what they are when they should happen.

Before I start, I do want to say that every single person on this planet is unique and different.

There is no rule of thumb.

His best buddy might be a foot taller than him, broader and with a deep voice a year before your son even starts changing.

So don’t panic, every child (male and female) develops at a different pace.

It can be said that generally, males do follow the same pattern as their father so if your partner developed early on, the chances are so will your son, but if he didn’t shoot up in height until he was 14 or 15, expect something similar (there will always be the exception to the rule).

First of all, let’s just remind ourselves that the reason your son changes is so he can grow, turn into a man and father children.  If those changes haven’t happened yet, embrace the fact that your boy is still a boy because soon, that smooth skin he has on his face will turn into fluffy hair and then feel prickly to the touch, so make the most of it!

Every male from birth has hormones that are dulled down for years and suddenly start to step up a gear as he enters the puberty period.

If you’re only used to daughters, girls tend to develop earlier on than boys which is why they can often seem more grown up at the age of 11, 12 or 13 in comparison to boys.

Generally, puberty starts around the age of 10 for boys but it can begin even earlier (at 9) or later (at 12 or 13).  Those changes can’t be seen at first because they are happening right inside their bodies and they won’t notice the changes either.

You might have bought him new pants in February to find they flap around his ankles by April – that’s adolescence for you!

Before we go onto the visible physical changes, we need to touch on those invisible hormonal changes mentioned earlier because these are the trigger.

At approximately the age of 9, a boy’s CNS (Central Nervous System) sends out a message to his body which starts the change period.  First, it releases a hormone called GnRH from the hypothalamus.

The hormone reaches the pituitary gland at the bottom of the brain which releases FSH (follicle stimulation) and LH (luteinizing hormone).  They start to build in greater quantities than ever before and help to start of testes growth along with gonadotrophins (another hormone only produced at night).

Toward the end of puberty, these hormones are working overtime and go into production all day and night.

This is when your son will probably be at his most moody and unpredictable because of the levels of hormones all jumbled up in his body busy working away at transforming him into a young adult.

When FSH reaches the testes it encourages semen to start production whereas LH makes cells produce androgens, the male’s reproductive hormones (testosterone is one of them).

The first thing that happens is your son’s testicles and scrotal sac will start to grow however, the penis won’t enlarge at this stage so unless you keep a close eye on your child’s genital area, you might not even notice this happening.

However, the testes and scrotum continues to grow and suddenly, his penis will get bigger.

You will probably notice this and so will he.  At this point hair will start to grow around the genital area.  It will start soft and downy but grow in length.

As pubic hair continues to grow it will become darker and thicker, soon spreading around the genital area.  Depending on genetics, this hair will spread around the thighs, on the stomach and start to sprout on the chest.  Hair will start to darken on legs and arms and grow thicker too.

These physical changes will no doubt excite him – he’ll notice that he’s turning into a grown up and may or may not want to share the news with you.

Don’t be surprised if he becomes shy or coy about his body.  This is completely normal.

Along with the above physical changes there will be plenty more.  Your son will start to fill out and that slim, lithe child will become stockier or taller, or both!

This is a period of time when he might become clumsier and that’s because different parts of his body are growing at different rates.  So you might notice his feet and hands suddenly become quite large in comparison to the rest of his body and that might lead him to knock things as he is unaware of their size.

Don’t worry and be patient with him, the rest of his body will catch up in time.

We should talk about breast changes in boys too.  It’s not uncommon for some boys to notice swelling in the chest area.  This is completely normal and temporary although it might distress him because he might think he’s developing breasts.  He is not and he needs reassurance.

If needs be, take him to see a medical professional to alleviate his concerns. Breast tissue settles down as hormones do eventually.

Back to hair growth – your boy’s hair is thickening nicely on his arms and legs and most probably sprouting under his arms and on his face.  If you haven’t already bought him an antiperspirant now is definitely the time!

Hair under the arms encourages sweat glands and as those hormones are raging, oil and sweat is in higher production.  He will need a good deodorant to combat body odor.

By the same token, hair may well start to grow on his mustache area and on his chin.  Now is the time to start him on shaving. In terms of learning,  it’s best for him to do this with his dad or an older male relative or friend who will teach him how to shave safely and effectively.

No doubt he will find this highly exciting!  As a tip, buy a starter razor kit as you want to minimise cuts and nicks.  Bear in mind his skin will be sensitive so invest wisely in a good quality brand when it comes to shaving foam or shaving cream.

I like this starter kit from Amazon especially if you want him to learn to wet shave, it’s quite gentle on the skin.

As we’re discussing skin it’s a good idea to touch on zits.  I’m afraid, for most kids (boys and girls) zits are part and parcel of growing up which is why your son must look after his skin.

The excess oil that is produced through hormone changes can block up pores and when they’re blocked with sebum, a zit erupts.  Please tell him not to pick his zits, this spreads them and can lead to bacterial infections which look a lot worse than a couple of blackheads or whiteheads.

Trending Now:  Technology and Teenagers Over The Past Twenty Years

Also, boys tend not to wash their hands as much as they should – dirty fingernails and spots do not make a great combination!

Buy him a good male skincare regime, just a face wash and a toner to help to fight oily skin.

If your son has excessive acne, you should take him to see a dermatologist because he might benefit from a prescription especially if he is conscious of himself at this tender age.

The penis will continue to enlarge until it reaches its natural size and your son should experience erections.

Actually, he might have had erections for years (this is normal) but they will happen with more regularity during puberty.

Boys will fantasise even when they least expect it or when they’re not thinking about sex – something will pop into their head and before they know it, they’ll experience an erection.

Try and turn a blind eye, he’ll be embarrassed enough if you confront him.

What you might find difficult to deal with is what’s known as a “wet dream”.  However, you’ll need to get used to it because during puberty, your boy’s body will start to make semen (sperm and bodily fluid) which may release during erection (ejaculation).

This happens a lot to boys while they sleep and is perfectly normal.  However, it does also mean that he could get a girl pregnant and this is a good time for either you or a male relative (husband/partner/older brother) to sit down and explain the chances of pregnancy.

Even if he knows everything there is to know about sex, it’s good to recap because boys as young as 13 start experimenting.  For younger boys, this is a good starter book by Gail Saltz and retail of $6.64.

The following is a very general timeline for male physical changes during puberty (and should not be taken as a rule!)

Other Changes To Note

Finally, while it’s not physical I should mention some of the other changes to expect which are mental and social.

It is very possible that your child will feel much more conscious of himself during these changes so expect self-consciousness and be mindful of that.

Do give praise; tell him how he’s turning into a very handsome man!

Boost his confidence because around the opposite sex, he might feel unsure of himself.

He will likely want more independence too, don’t restrict him too much but start gradually so you feel confident that he’s capable and safe at all times.  There will be peer pressure around him, do check who he’s socialising with because you want positive influences.  This is not always possible, especially as teenagers choose their own friends.

It’s worth keeping an eye out and making sure there are plenty of sensible, responsible adults and teenagers around him as well.

As a last word, your teenage son may well fall in love during these years!

He might share this with you and he might not, whatever you do, be aware of his feelings, he will be ultra-sensitive and this is a very important time for him, he needs to feel confident, liked and handsome, you play a large part in giving him a boost!

For more information, check out this Youtube video which might help you and your son get your heads round puberty for boys.