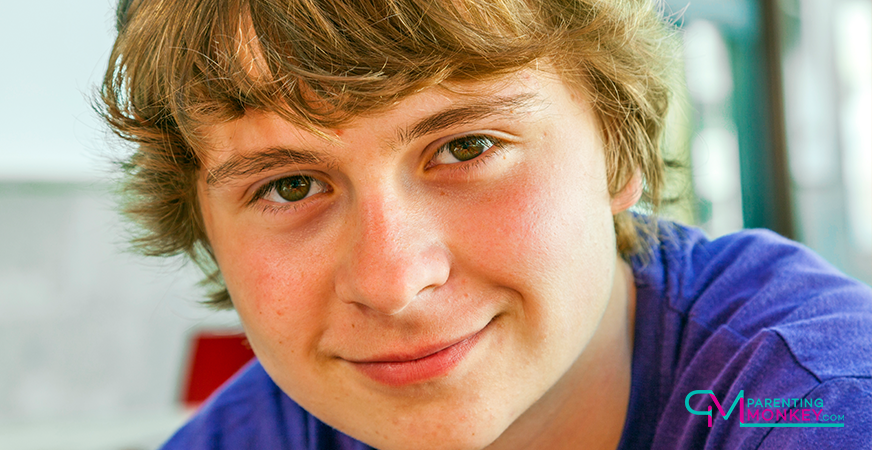 How do I talk to my teenager about puberty?

What is it about teenagers and puberty? They go through changes. They begin to notice people of their preferred gender. They also start to grow hair where there was none previously, grow in awkward spurts, and even smell bad.

Teenagers are also confused about their place in society and how they should interact with both each other and with adults. Is it horrible?

Yes, it’s horrible. Are they ever prepared for it?

What can you do about it as parents?

The short answer is: quite a lot. After all, you went through the exact same things when you were 12.

One of the first signs that a boy is entering puberty is the changing of the voice. Before puberty, boys are able to sing the same as girls. In fact, some of the purest choral singing in the world is that of boy sopranos. The choir of King’s College Cambridge is widely regarded as one of the best, if not the best, choirs in the world. All of the soprano and alto parts are sung by boys. When their voices change, their career as sopranos is over.

What happens to cause the voice change? The vocal chords double in length as a result of the effects of testosterone on the body. This coincides with the growth of pubic hair and the lengthening and widening of the penis. At the same time, boys exhibit a growth spurt that may affect different parts of the body differently. According to documents published by the University of Florida, these changes occur at different rates and at different times among boys. Some boys begin to experience these changes as early as age 9 whereas other might not until age 14.

Other than gangly limbs, a cracking voice, extra-sweaty armpits, and a host of other pubescent problems, one of the most potentially embarrassing things a boy experiences is nocturnal emissions, or wet dreams. Boys sometimes feel as if they’re doing something wrong or that they’re dirty. Also, if they don’t experience them, they think they’re “less of a man.” The fact is that they’re a normal part of what happens to the body when the testosterone starts flowing.

One thing that most boys really look forward to is shaving. They see it as a ticket to manhood. Some boys also might not think a full beard and mustache would be all that welcome in fifth grade.

Girls undergo the same physical awkwardness as boys because of limbs that grow at different rates than the body. Their other physical changes, however, are much different than those of boys. For example, their hips get wider so that when they are sexually mature, they can bear children. They also begin to develop breasts.

Potentially, the most traumatic change girls undergo is starting their period. Without proper education on this entirely normal event, girls might react with fear, anger, and despair when they experience blood coming from their crotch. At the very least, you should make sure that your daughters, nieces, and other young female relatives receive the most basic information about menstruation. Girls sometimes get their periods at the age of 8, so it’s wise to begin the discussion earlier than that in an age-appropriate manner.

Girls also have the unenviable position of being objectified by the patriarchy. In advertising, sex sells, and big boobs, shapely butts, and willing “come-hither” facial expressions are everywhere. Girls notice these things and are bound to ask questions about them. You have to be ready with answers. For example, Dr. Shana Meganck published paper that explored the reasons that sexual advertising led to gender violence. Young girls must be prepared for these eventualities.

Unfortunately, the objectification of girls is directly tied to the parts of the body that begin to develop during puberty: boobs and butts. Girls may experience teasing about the size of their breasts. They might be slut-shamed because they wore a revealing top or shorts that were too tight. In some cases, girls are going through puberty at 6 years of age. Let that sink in for a minute. Can you imagine taking your kindergartner bra shopping? You might that’s hooey, but research shows that it’s happening more and more often for a variety of reasons.

Info for Both Boys and Girls

Once the signs of puberty have reared their ugly heads, it’s time for “the talk.” Yeah, yeah, we know that it sucks that you might have to have such a talk with a 6-year-old who has no idea what you’re talking about. You still have to have such discussions in a way that the child will understand. If you don’t, several things might happen, and all of them are disagreeable to some extent:

Trending Now:  How to Stop Your Teenage Child from Refusing to Do Anything

Children will also begin to test your limits. Just to see what you’ll do, they’ll break rules intentionally. They’ll act out, talk back, and behave like little brats. They’ll take every mile you offer by the inch, and they’ll be unmerciful in using you, disrespecting you, and testing your patience. Through it all, you must be firm, fair, and above all, consistent This will help build a respectful relationship between you and your child.

What About Gender Identity?

Even as few as 20 years ago, people who didn’t conform to “gender norms” were considered perverted, debauched, and abnormal. In some parts of the United States, they could even still be arrested. Today recognition and acceptance of people with gender identities that don’t match their gonads is growing. The list of different identities includes, but is not limited to:

Puberty for a child who is transgender might be even more frightening because it would simply reinforce the physical characteristics of the gender with which the child does not identify. You now have to cope with the possibility that your children may not want to experience puberty so that they can remain the gender with which they identify. Even if your child him or herself is not transgender, you still have to be able to explain what that is when your child wants to know why “Johnny takes these pills that give him boobs.”

What does all this mean? It’s easy. You have to talk to your kids about puberty. You certainly don’t want a pregnant 11-year-old because you shirked your responsibility. You also want to be prepared if little Bobby grabs Suzie Creamcheese’s boob or butt on the gym floor and your child wants to know if that’s OK or not. Educate yourself. Take a class. Talk to other parents of children who have hit puberty. Talk to other parents of children who are about to hit puberty. Be proactive.