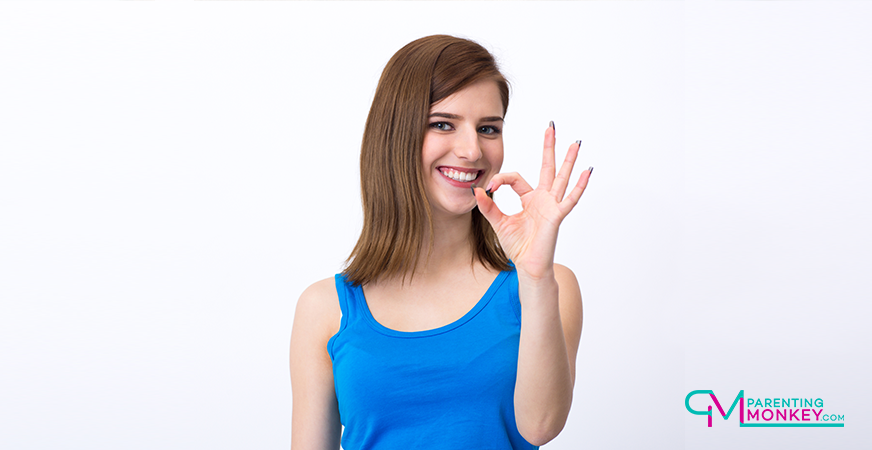 How can I tell if my teenager has a healthy body image?

Seriously, how can you confront the issue of teenager body image? These days, teenagers face a variety of unprecedented pressures that we as parents did not have to live with when we were kids.

So, how can you tell if your teenager has a healthy body image?

What is body image?

Your teenager’s body image is created by their thoughts and feelings about how their body looks. An unfortunate truth for teenagers is that the way they think other people are judging their appearance often affects their own body image.

As you probably assume, body image plays a huge role in self-esteem, which has a huge impact on the wellbeing of your teenager. According to a study done by the Girl Scout Research Group, one-third of girls between the ages of 8 and 17 have a distorted perception of their body weight.

In addition to that, the same study reported that 26% of girls and 19% of boys have some sort of dissatisfaction with their weight.

However, a negative body image does not stop at one’s weight. Body image can also be affected by:

Why is body image important?

As your teenager’s body goes through so many changes, it is pretty easy to understand their preoccupation with their appearance. Both boys’ and girls’ features are changing, and a surge in hormones is likely to cause skin issues.

Human Diseases and Conditions even notes that it takes teenagers a while to adjust to their new appearance.

That said, teenagers are very vulnerable to teasing and criticism, and if a teenager hears negative comments about their appearance, they are likely to lose confidence. This can result in:

According to kidshealth.org, teenagers find it very tempting to compare themselves with their peers. The problem, however, is that teenagers grow and develop at different rates and in different ways.

But one thing’s for sure, it isn’t easy to convince a teenager of this. According to a study published in Health Education Research, these processes of comparison are done for the purpose of developing one’s identity during the adolescent years.

Of course, you as a parent realize the importance telling your teenagers how beautiful, wonderful, and valuable they are, but more than just praise is needed to instill a positive body image. The Psychology of Eating reminds us that our attitudes toward our own body images trickle down to our children, regardless of what we tell them about their own bodies.

How are our children supposed to have a positive body image if we so frequently voice concerns about our own bodies?

In fact, a Harvard Medical study reported that mothers who often voice their concerns about their own weight will likely pass that behavior on to their children.

Additionally, a lack of emotional support from a teenager’s family can result in body image issues. If kids don’t feel valued by their families, they may start to feel like there is something wrong with them.

And just think, if body image has been a source of stress, a teenage may assume their fault lies in their physical appearance. What’s more, many people turn to food when they are emotionally stressed, which can lead to binge eating that reinforces toxic beliefs about body image.

Unfortunately, body image and the media go hand in hand. While this was only television, movies, and magazines when we were growing up, our teenagers now have to face that battle of social media as well.

A study titled Children, Teens, Media, and Body Image revealed that teens who are active on social media sites such as Facebook, Instagram, and Snapchat worry more about how they’re perceived than teens who don’t participate much in social media.

People now edit their pictures they show to others, not only to make their body look appealing but to also make other features such as their hair and makeup look perfect as well.

Is it realistic for your teenager to believe that he or she can live up to the beauty standards of editing software?

So, why are teens turning to social media for body image validation? Probably because it is so easily accessible.

The internet is able to provide an instant route to satisfying one’s concerns about his or her appearance. In a world where internet comments are constant, interactive, public, and often negative, a breeding ground of poor body image has been born.

Today’s teens are no longer passive consumers of media outlets. They are actively creating and sharing media messages with their peers and the public about boys’ and girls’ appearances.

However, teens need guidance on using social media to promote positive messages. We as parents have the unique opportunity to help our teens counteract negative messages and encourage them to use their virtual voice in a positive and responsible way.

Most importantly, it is important to teach our teens to value themselves beyond their appearance and view themselves as complex individuals.

What should parents look for in their teenager’s body image?

What we want for our teenagers is made up of half realism and half perspective. This means that we want them to have a reasonable idea of what a healthy body looks like, while also holding onto the sense that their appearance is only one aspect of their whole self.

Basically, you want your teen to feel okay about their appearance without allowing their looks to dominate their self-esteem. Don’t try to pretend the pressure to be physically perfect doesn’t exist, but rather apply some techniques to put them in a healthy mindset.

For example, if your teenager voices concerns over their appearance, acknowledge and relate to their feelings. After letting them hear about your past struggles with body image, let them know that your insecurities never stopped you from being the person you wanted to be.

Are you finding that your teenager regards mealtime as a chance to complain about how much he or she ate that day or how “bad” they are going to be by eating bread? Redirect meals to be about enjoyment, family time, and nutrition.

So, how can you tell if your teenager has a healthy body image? Listen to them when they talk about their health. Are they constantly referring to the way that they look?

Also, take note of how they interact with their friends and if a lot of their conversations seem to come back to appearances. You can even monitor their social media to see if anything they post or any pictures they share may wave a red flag.

The most important thing to do if you think your child has issues with body image is to help them build resilience. Be sympathetic, but also show your teen that whatever their insecurity is it can be overcome. You want your teen to think two things: This is tough, but I am strong and will cope properly.