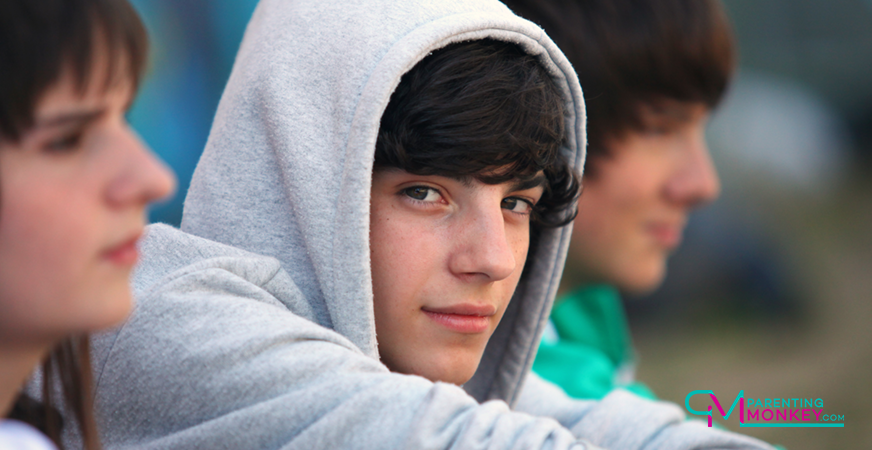 A deeper emotional problem could be lurking behind the eye rolls, the silent treatments, and the disrespect but you can’t seem to fix it and make it all better like you used to. Could your teen be depressed?

If left untreated, depression can impact a teenager’s entire life. What are the signs and symptoms? Is there a critical stage when it’s necessary to seek professional help?

For me, this topic is very personal. I suffered from depression as a teen and would like to educate as many parents as possible about what to do to help.

Is it Plain Moodiness or Depression?

Just about every teenager goes through periods of moodiness or sadness. You can barely understand their text messages much less understand what their feeling inside at any given moment.

There are tell-tale signs/patterns of teen depression that are somewhat different from adult depression to pay attention to:

Roughly five percent of teens from all backgrounds and social statuses suffer from depression of which many experience it without ever getting help!

Unlike adults who have better self-awareness to seek help, teens have a tendency to sink further in emotional quicksand when they don’t have someone more mature to support them.

My Teen Has Nothing to Be Depressed About!

What could be so bad in my teen’s life to make them depressed?

To be blunt, a lot. Genetic traits (e.g., bipolar disorder), traumatic events, academic pressures from school, bullying, insecurity of body image and/or sexual orientation, the death of a family member or close friend or just listening to bad news on TV.

Although your teen likely doesn’t have to shoulder adult responsibilities, all of the above stressors can take their toll.

Even if your child hasn’t reached the stage where they wish to self-harm or take their life, the idea can be planted in their mind via social media. I think one of the sickest things I’ve ever come across on the Internet is social media sites that purposefully promote suicide.

These type of sites are very sophisticated and allow your teen access to graphic scenes and detailed instructions on how to end their life.

So please, be diligent about what your teen browses while on the Web!

According to statistics, the most common season for teens to commit suicide is the fall, with firearms, hanging and suffocation being the most prevalent suicide routes.

Trending Now:  Teenage Depression: Why Do Teenagers Get Depressed?

When to Seek Help

When your teen is suffering from depression, they have even less reason to achieve academically, get along with their siblings, seek positive friends or even to get out of bed in the morning.

It’s recommended to seek professional help when the stage of your teen’s depression lasts over two weeks. Listen for statements such as, I’d be better off dead or I wish I were never born!

Depression isn’t talked about nearly enough. Although it’s treatable, too many adolescents suffer from depression without getting the guidance, support and treatment they so desperately need to get their life back to normal.

Your teen could still fall prey to depression regardless of their social status or background and not even appear to be sad. However, when you see clear, ongoing signs that your teenager is depressed, take action before any more time passes:

Step 2. Seek the help of a professional

Step 3. Offer your unconditional love and support through the recovery process

Clinical depression can linger on for months and even years which often leads to more and more self-destructive behavior and eventually suicide.