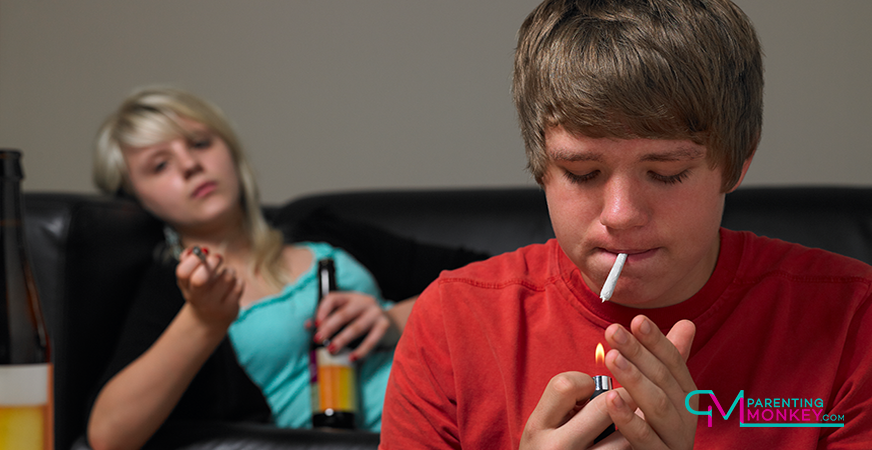 How Do I Talk to My Teenager About Drug Awareness?

What’s worse than feeling anxiety about talking to your kids about drugs? Discovering that they’re experimenting with them. Teen drug abuse isn’t something to shy away from.

Make it a Personal Mission

The National Institute on Drug Abuse (NIDA) is a leading United States federal-government research team whose mission is to use science as a platform to bring national awareness about drug abuse and addiction. Of course, the federal government can do only so much. As a parent, it should be your personal mission to have a serious discussion about drug prevention and teen drug abuse. How do you explain the risks and the negative affects of abusing medical or recreational drugs?

Ask your teen, “Why do you think someone would start using drugs?” Their answer might surprise you. Wanting to fit in with their peers is usually the motivating factor. When faced with a decision to refuse drugs, peer pressure can be hard to resist.

Suggestion: Get to know the young people that your teenager hangs out with and if possible, discuss your anti-drug mission with their parents so that they can get on board as well.

Taking drugs can also serve as an escape when things in your teen’s world aren’t going so well. Low self-esteem, depression, hormonal changes, problems at school, family conflicts, and other stress-related issues can all take a toll.

Suggestion: Make yourself physically and emotionally available. Let your teenager know that you have their back. If they ever feel anxiety or are overwhelmed by a problem they’re experiencing in their private life or social circle, make it known that you’re ready to help in any way you can. Tell them, “If you don’t feel okay, please let me know so we can talk about it and find ways to make it better.”

The influence of social media can distort your teen’s perception of how life really is. References to drugs often appear in headlines, sitcoms, movies and advertisements.

Suggestion: Ask your teenager what specific goals they’d like to reach. Explain how substance abuse can radically change how they function both physically, emotionally, and mentally. Give examples of how substance abuse could negatively affect reaching their goals for the future such as:

Using recreational (e.g. cocaine, heroine, meth, etc.,)drugs can harm your teen in a number of ways:

1. Habitual abuse of substances can result in permanent damage to a young developing brain.

2. Recreational substances typically create an unusual feeling of self-confidence and euphoria which can impair judgment and lead to crime, violence, accidents, and risky sexual behavior.

3. They speed up (uppers) or slow down (downers) heart rate, body temperature and blood pressure. Other possible side effects include:

Prescription drugs, when used as directed in the proper dosage can deliver positive effects for a health condition. However, abusing these type of drugs comes with various dangers.

There’s a risk of coma or death if breathing slows down too severely.

Both sedatives and tranquilizers can cause memory problems and lead to seizures.

The recent legalization of marijuana in several states for recreational use complicates your mission, to say the least. Your teen may reason, If my state says it’s legal for me to smoke weed, why shouldn’t I? Good question. Here’s the answer: The state won’t claim any responsibility for the range of consequences that’ll happen from their habitual use of marijuana!

Long-term Marijuana use and Mental Effects

Here’s just few examples of how marijuana can change your teens physical and mental function:

Marijuana use is also linked to an increased number of school drop outs. A study concerning teen drug abuse, from New Zealand that was partly conducted by researchers at Duke University revealed that individuals who chain smoked marijuana in their teens lost eight IQ points on average between ages 13 and 38. Additionally, those who quit smoking marijuana as adults didn’t fully recover from their lost mental abilities.

The potential adverse consequences of mixing prescription, street drugs and marijuana is even more frightening such as:

1.The toxic level of the street drug increases when combined with a prescription drug.

2.Drug mixing can interfere with and alter the intended affect of prescribed medications, which can prevent an underlying physical or psychiatric condition from being treated properly.

3.Prescription drugs ( e.g., Ritalin, Adderall) when mixed with marijuana or stimulants can lead to adverse effects, hospitalization, or even death.

Picking the Right Time to Talk About Drugs

Remember when your kids watched Sesame Street? Now it’s time to talk about puberty changes, and you guessed it, SEX. Drug prevention falls in the same category. It’s not easy, but discussing teen drug abuse awareness can be done more effectively when you put forth the effort to know the root causes of substance abuse.

We believe in giving you all the parenting tools you need to feel empowered and inspired to love life to the fullest and keep your family healthy, happy, educated, and safe.

You can use any part of the day to point out things you’d like your teen to know about drugs and then take time to listen to them to learn what’s on their mind. Aside from explaining the negative health, social, legal, or financial consequences of your teen using drugs, explain that your main motivation for warning them about substance abuse is because you love them!