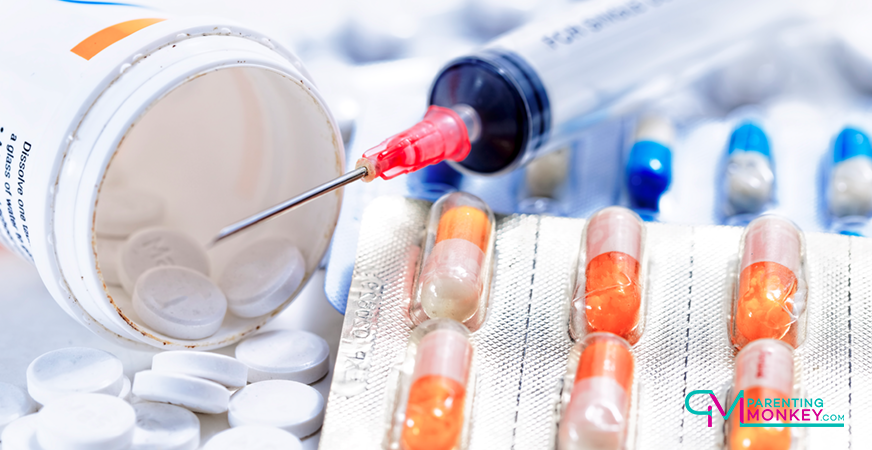 Is My Teenager On Steroids?

Guys are just as obsessed with their body image as girls!

Do you suspect your teenager could be on steroids?

This is a very important subject for me because there are so many disturbing statistics of teen guys using steroids. What’s even more disturbing is that many teens who’ve successfully gained muscle mass are promoting their steroid use to others online.

What Are Anabolic Steroids

Anabolic steroids are man-made substances that mimic the effect of the natural hormone testosterone. Your son has already seen hundreds of images in videos, movies, and TV of wrestlers, football players, and stars with tight, toned bodies who seem to have it all.

Naturally, this barrage of media is going to leave the belief on an impressionable young male that his life would be way better if he looked more “manly”.

Why Should I Be Concerned If My Teen is Using Steroids?

If your teen wants to workout to gain more self-esteem, what could possibly be wrong with that? More than you may know. Regular use of steroids may seem harmless enough but it can cause many harmful health issues the longer your son takes them including:

Pounding a young body with such powerful substances leads to addiction very quickly and could cause ruptured disks, a heart attack, a stroke or even death.

Why Do Teen Guys Do It?

The appeal to take steroids is simple. Guys want to get stronger and get ripped in less time than they would working out naturally.

They hate being the scrawny kid who gets picked on and passed over by girls. Or they may be the type that totally craves the attention they get posting their photos on YouTube, Instagram and Facebook.

Still, others want to excel athletically and are looking for that edge to enter into college or pro sports.

How Can I Tell?

Most teen guys already have testosterone levels that range from 800-1300 ng/dl. Just imagine what it does to their bodies when they take 50 or more milligrams of steroids per day!

It’s only going to be a matter of time before your son’s body goes into system overload if he takes steroid doses of 50 milligrams or more per day. Is he unusually moody, hostile, aggressive, argumentative or frequently gets into fights at school?

Physical signs that your son is way over his head and needs help include:

Facts and Figures of Steroid Abuse

Taking steroids for the sole purpose of increasing muscle mass or enhancing sports performance without a doctor’s prescription or supervision is not only dangerous but illegal. Your teen could face a 5-year jail sentence and a slew of fines by Federal Law.

What Should I Do?

Okay, let’s say your teenage son is using steroids and has been doing so for some time. What now?

You need your son to tell you as much information about his steroid use without interrupting him. If you see physical and mental symptoms from steroids, act immediately. Contact a medical facility to seek help.

Confessions of a Former Steroid User

In spite of gaining millions of fans on the Internet, the late fitness sensation Rich Piana admitted once in an interview that steroids have potential to severely harm a guy’s body over time, and that if given a choice, working out naturally was better than speeding up muscle size using steroids.

Rich Piana openly confessed to using steroids as well as insulin, which is a hormone that also has anabolic properties just like steroids. Sadly, Rich Piana suffered a heart attack and died two weeks later after being put in a medically induced coma at the age of 46.

Your teen son might be gaining access to steroids in the locker room at school, or by taking someone else’s prescription.

Although anabolic steroids may seem to only deliver positive results, there are many hidden dangers related to its use. It’s crucial that you know how your teen son practices his workout routines and be able to recognize the signs of steroid abuse.

Long-term could even cause your son to need a heart donor. Seriously. Take the necessary steps if he needs help to recover from steroid abuse and offer a healthy compromise to bodybuilding if you decide that’s appropriate.

It’s your decision to make sure your teen is healthy. Perhaps you’ve decided that your teen still has some say as to what he chooses to do with his own body. You could suggest a more natural means to gain muscle mass:

1. Suggest that he get eight hours of sleep daily.

2. Encourage him to eat muscle building foods like tuna, salmon and leafy green veggies. Suggest he spread out his meals to eight to nine times a day and drink protein shakes to fuel his muscle growth such as whey protein.

3. Make him commit to limiting his workouts to an hour.

4. Suggest he boosts his natural testosterone levels with natural supplements.

Leave your questions and comments about teen guys using anabolic steroids below.