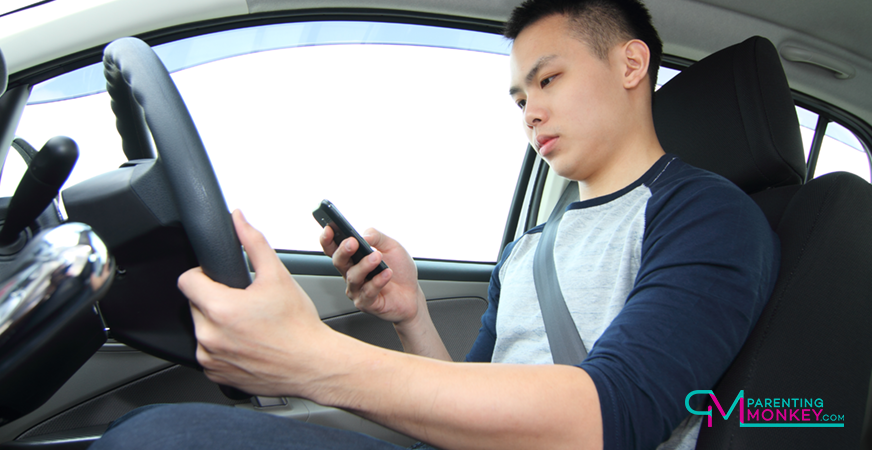 The truth of the matter is that texting while driving is now more dangerous than drinking and driving and it is a leading cause of vehicular deaths. The growing issue with teen drivers texting is something that needs to be addressed immediately.

What is being done to combat this problem?

Numerous states across the country are taking proactive measures to do something about teens driving while using cellular phones. There are three different sets of laws enacted to prevent these type of accidents. Ten states plus Washington D.C. currently prohibit drivers from using hand-held devices while driving.

A total of 39-states and Washington D.C. have laws in place to prevent drivers from texting while behind the wheel. The third law enacted to address this problem is practiced in 32-states plus Washington D.C. and was created to prohibit novice drivers from using cellular phones while driving.

Why is teen driving while texting still a widespread problem?

Although laws are in place to prevent drivers from texting while behind the wheel, it is still a widespread issue. One of the major problems is that young drivers feel overly confident in their ability to maneuver a vehicle while using their thumbs to text on their mobile devices. Over 77-percent of teens that text and drive state that they are confident in their ability to do so safely.

Additionally, 55-percent of these drivers claim that it is extremely easy to drive and text at the same time. In addition to feeling confident behind the wheel, teen drivers often view their parents engaging in this dangerous activity as well.

Trending Now:  How Do I Get My Teenager More Interested in School?

Close to 50-percent of teen drivers report riding in a vehicle while their parent was talking on the phone and the same percentage has witnessed their parent driving while texting. It is counterproductive for parents to engage in this activity while telling their teens that it is dangerous and should not be done.

What can be done to stop teen drivers from texting?

There are numerous methods available that can be used to deter teen drivers from texting while behind the wheel. While not every option will work with your teen, each method offers its own set of benefit.

Several apps have been created for parents to download on their teen’s phones before they leave the home. Drivecam is a program that monitors a driver’s activity and lets parents know what is happening on real-time.

Drive Mode by AT&T is a free anti-texting app available for Android and Blackberry phones. This app silences alerts on the phone and blocks text messages and calls from coming through once the free application is enabled.

Several paid applications are also available for parents to install in their vehicles or on their teen’s phones. Applications like Cellcontrol, Drive Safe Mode, and Live2Txt block cell phones from receiving and sending text messages while the car is in motion.

Let Them See the Dangers of Texting Behind the Wheel

Young adults that do not see the dangers of sending texts while driving are often unable to grasp the true risks associated with these actions. Some parents find showing teens people and scenes of accidents work to show drivers just how dangerous it is to become distracted with a cellular phone while behind the wheel.

Trending Now:  How to Keep Your Kids Safe, Healthy and Productive After-School

Showing teens graphic images and videos help them understand the risks of death while texting and driving. A report on CNN demonstrated how one parent took this to the extreme, showing their children graphic videos and images of horrific text-related accidents. The parents felt obligated to do so as educating their children did not prove to be extremely effective.

SADD, an org composed of young adults, work to empower lives by bringing awareness to this national issue. These individuals work to raise awareness of distracted driving via annual conferences and educational programs.

Another group, Impact Teen Drivers, works to educate teens about the danger of texting while driving. This organization developed a nationwide education program that confronts the dangers head-on and teaches teens the consequences of their actions. This org offers free online material, which is available publicly to read, as well as one-on-one training to promote safe driving techniques and practices throughout various communities.

A report published by the Ad Council found that texting while driving kills nearly 10 travelers each day. This group offers written safety materials as well as video and audio material. It is crucial to present 16-year-olds with this material before they are permitted to drive.

The only way to avoid the problem altogether is to educate our children with facts and statistics related to driving while texting. Whether we can present them stories of what can happen or show them first-hand how graphic and horrifying these accidents can be, we need to get through to drivers. It is also crucial to avoid using your own cellular phone in front of your children while driving.